One of only four bridges worldwide to have shops across its full span on both sides, Pulteney Bridge is a stunning example of Georgian architecture that attracts throngs of tourists every year.

If you’re looking for the perfect base from which to explore Pulteney Bridge, then look no further than The Northey Arms. Located just 6 miles away from the historic centre of Bath, our pub and inn offers 13 en-suite bedrooms, delicious drinks and mouthwatering meals.

Pulteney Bridge was the brainchild of William Johnstone, an important man during Bath’s Georgian era.

William and his wife, Francis Pulteney (after whom the bridge takes its name), had inherited a 600 acre rural estate which was separated from the main city of Bath by the River Avon. With grand plans to transform the estate into a spectacular new suburb of Bath, William called upon his friend and renowned architect Robert Adam to design a magnificent bridge to connect his land with the city.

Inspired by the shop-lined bridges of Ponte Vecchio and Rialto Bridge during his travels to Florence and Venice, Adam proposed a similar design for Pulteney, and the bridge was successfully constructed between 1770 and 1774. 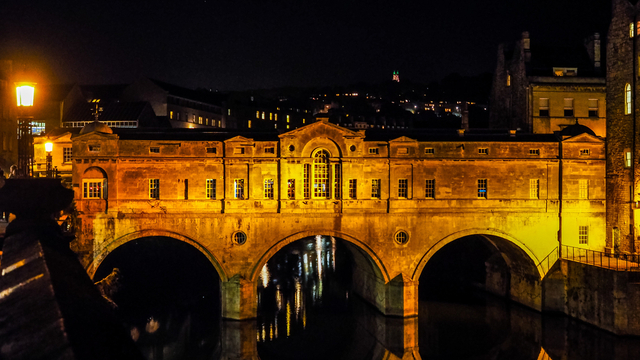 Today, Pulteney Bridge is designated as a Grade I listed building.

As one of the most photographed attractions in the area, a visit to Pulteney Bridge is essential when visiting Bath. 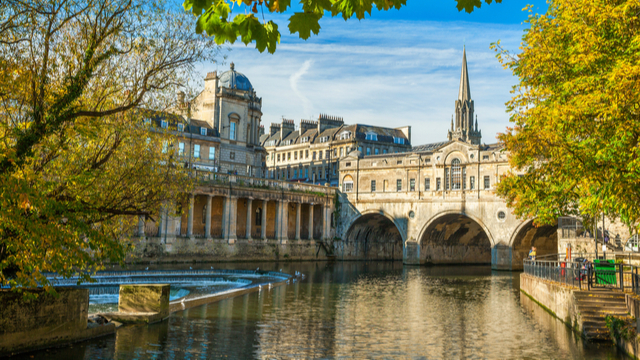 Pulteney Bridge was constructed in a Palladian style, which was made famous by the Italian architect Andrea Palladio in the 16th century.

The architect responsible for Pulteney Bridge, Robert Adam, took inspiration from Palladio’s designs when he visited the Ponte Vecchio bridge which spans the river Arno in Florence, Italy.

While the Palladian style is modest in comparison to other styles from the same era, Pulteney Bridge is a remarkable structure that is one of Bath’s most visited attractions. 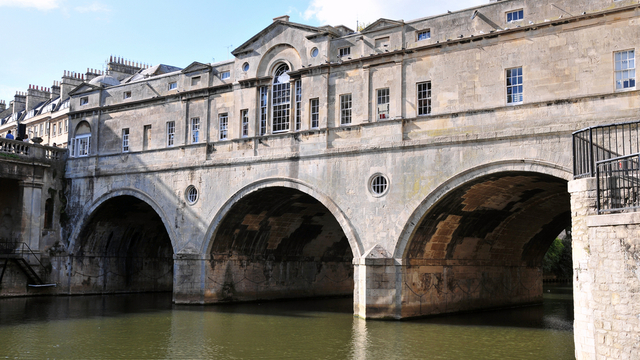 Featuring an all-star cast, the Oscar-winning musical film Les Misérables shot scenes in Bath, with Pulteney Bridge and its horseshow weir used as the location where Javert, played by Russell Crowe, takes his own life by dramatically plunging into the River Seine.

Pulteney Bridge has also featured in many novels including ‘Bleed for Me’ by award-winning crime fiction writer Michael Robotham, ‘Spring Music’ by best-selling novelist Elvi Rhodes and ‘Missing You’ by romance author Louise Douglas. 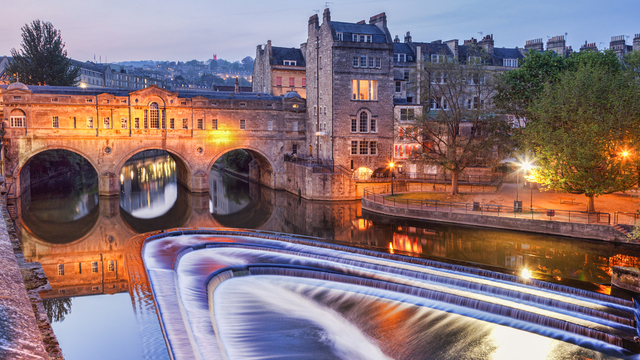 Things To Do At Pulteney Bridge

As mentioned, Pulteney Bridge is one of Bath’s most popular landmarks, with plenty of locals and tourists around at all times. When visiting, ensure that you:

The bridge, weir and shops are all snapped regularly by visitors to Pulteney Bridge. With no shortage of opportunities, you should get plenty of shots for your photo album and social media accounts.

Walk Back And Forth To See The Shops

With shops on either side of the bridge, it can be easy to miss them. Take the time to walk back and forth to explore each shop and the local gifts on offer.

Whether you are on the bridge, next to the bridge or near the bridge, there are plenty of opportunities to indulge in a hot drink and a sweet treat. With many independent coffee shops and larger chains nearby, there will be something to satisfy your cravings. 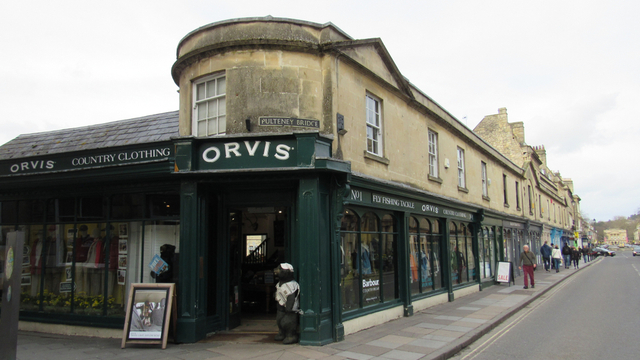 Directions To The Northey Arms From Pulteney Bridge

Located in Box on the outskirts of Bath, The Northey Arms is just 6 miles from Pulteney Bridge, making it the perfect place to drink, dine or stay.

To reach The Northey Arms from Pulteney Bridge (assuming you drove and parked in The Podium Car Park) you must head south on Walcot Street before very quickly turning right onto Broad Street and then right again onto Saracen Street.

Continue on the A4 for approximately 3 miles and The Northey Arms will be on your left.