The Royal Crescent In Bath: Everything You Need To Know

If you’re looking for the perfect base from which to explore the Royal Crescent, then look no further than The King’s Arms. Located just 15 miles away from the historic centre of Bath, our pub and inn offers 13 sumptuous en-suite bedrooms, delicious drinks and mouthwatering pub grub.

The Royal Crescent On Film

The Wrong Box in 1966: The Royal Crescent helped provide Victorian England exterior shots for the comedy film starring Michael Caine, Peter Sellers and Dudley Moore.
Persuasion in 2007: The television film production of former Bath resident Jane Austen’s novel shot many of its scenes in Bath, with the Royal Crescent providing the backdrop for the moment Anne accepts the proposal of Captain Wentworth.
The Duchess in 2008: The Royal Crescent was used as a location for the film starring Kiera Knightley and Ralph Fiennes.

Directions To The King's Arms From The Royal Crescent

To reach The King’s Arms from the Royal Crescent (assuming you drove and parked in Charlotte Street Car Park) then you must head south-east towards Queen Square Place (A4) and then turn left onto Gay Street before turning right onto George Street. Continue for approximately 2 miles.

Continue onto Market Place and through one roundabout and The King’s Arms will be on your left. 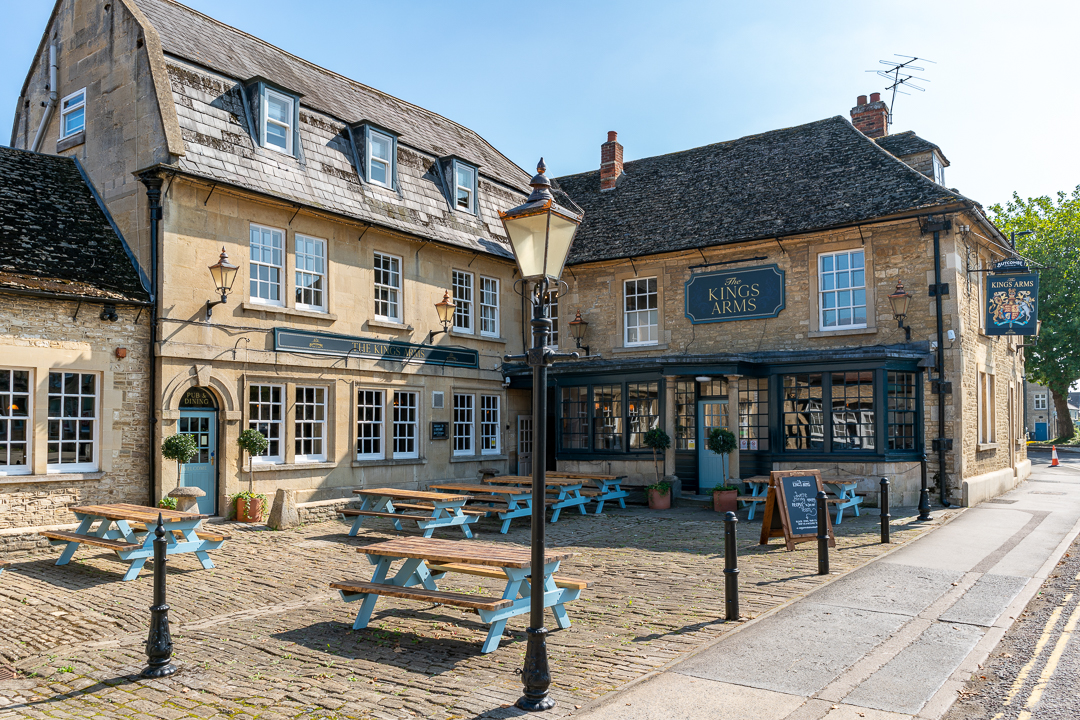