We’ll be back at the end of February – same team, same great food and drink, same atmosphere – just looking a lot prettier!

Keep an eye on our social media for refurb updates and reopening news.

Thanks for your support!

Lauren and the team x

Bristol’s Most Iconic Landmark, Just 13 Miles From The Bowl Inn

After spending your day exploring Clifton Suspension Bridge and learning about its history, stop by The Bowl Inn and enjoy a delicious meal, washed down with a pint of our award-winning Butcombe beer. Our comfortable en-suite rooms are the perfect place to rest and relax after a busy day exploring the sights of Bristol.

In 1753, a Bristolian merchant named William Vick died and left £1,000 in his will on the understanding that it would be invested and would eventually fund a bridge to connect Clifton with Leigh Woods.

In 1829, Vick’s donation had matured and a competition was launched to find a design that would make his dream become a reality. The first competition was poorly managed, so a second competition took place the following year, with a young architect named Isambard Kingdom Brunel being awarded 2nd place. After some reconsideration, Brunel’s design was declared the winning entry in early 1831.

Construction of the bridge was intermittent, often stopping for several years while further funds were raised. In 1851, some 20 years after construction commenced, the ironwork was sold and the project was deemed a failure. Brunel tried in vain to garner further interest, but his untimely death in 1859 meant that he would never see the bridge that he often referred to as “my first child, my darling” being completed.

In 1864, as a tribute to Brunel, Clifton Suspension Bridge was finally completed and officially opened on December 8th. 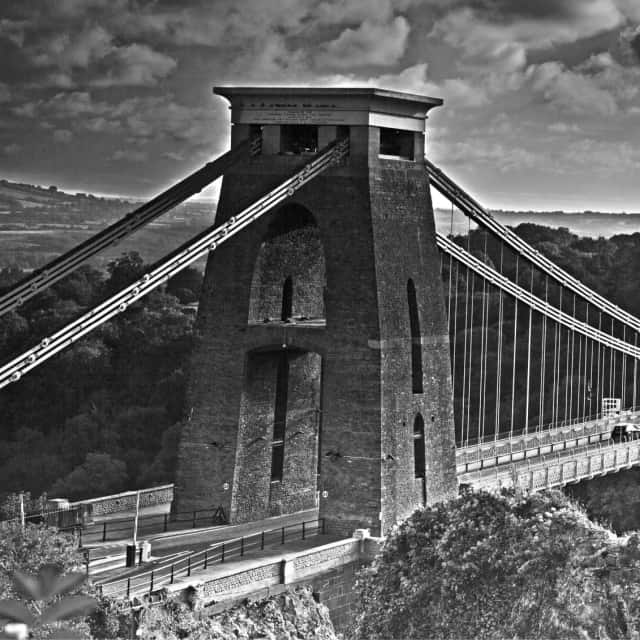 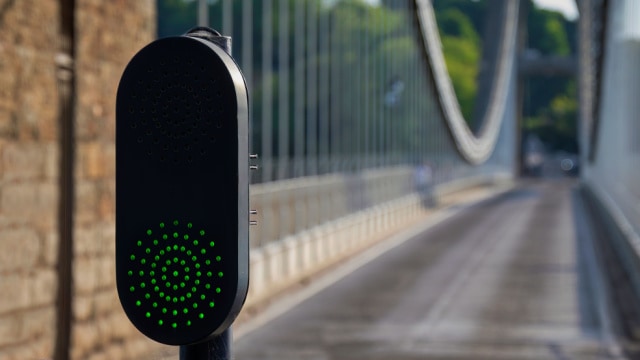 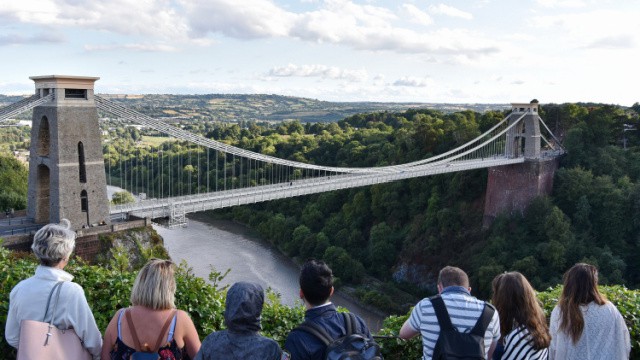 Established in 1766, Clifton Observatory has existed for longer than its more popular neighbour, Clifton Suspension Bridge.

Enjoying an elevated position, Clifton Observatory offers unrivalled views of the iconic bridge, the Avon Gorge and the wider Bristol landscape. In addition to the unlimited photo opportunities at Clifton Observatory, visitors can also explore the museum and learn about the Observatory’s history, view early photographs of Bristol and even look out over the city of Bristol via the 200 year old Camera Obscura!

For those who are willing and able, a visit to the Giant’s Cave is highly recommended! Descending deep into the cliff of the Avon Gorge, you will reach the legendary home of Bristol’s most famous giants – Goram and Ghyston. Once in the cave, you will learn more about these mythical monsters, while also taking in the unique views of Clifton Suspension Bridge and the Avon Gorge. 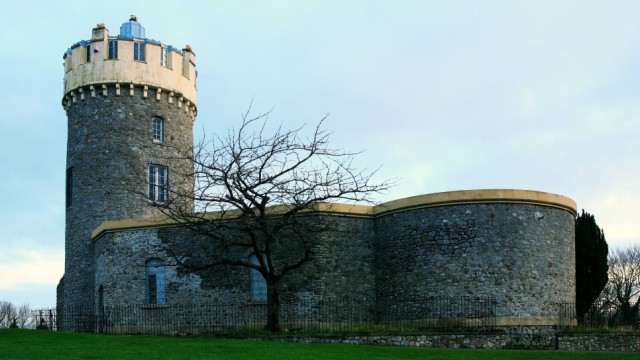 To the east side of the Suspension Bridge is Clifton and its vibrant, eclectic village.

If you fancy some retail therapy before (or after) visiting the Suspension Bridge, Clifton Village offers a range of boutique clothes stores, unique gift shops (perfect for those Suspension Bridge souvenirs) and antique stores.

If shopping isn’t your thing, take a stroll to The Downs of Clifton and Durdham to enjoy the vast open spaces, leisurely walks or, on those hot summer days, treat yourself to a refreshing ice cream! 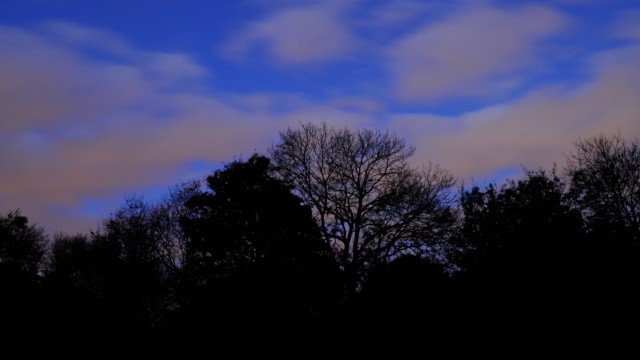 To the west side of the Suspension Bridge is Leigh Woods, a residential area that shares its name with the nearby National Trust nature reserve.

The residential area of Leigh Woods is very affluent and often ranks among the very best places in Bristol to live. Its status is no doubt boosted by its close proximity to the 2 kilometre area of unspoiled woodland that has been designated as a SSSI (Site of Special Scientific Interest) and is home to many rare species of bats, insects, birds and plants.

On the opposite side of the road to Leigh Woods is the sprawling, 850 acre Ashton Court Estate – home to the world-famous Bristol Balloon Fiesta! Located just 10 minutes by car from the city centre of Bristol, visitors can enjoy mountain biking, golf and regular park runs, as well as many walking routes that experience the gardens, woodland and deer of the Ashton Court Estate. 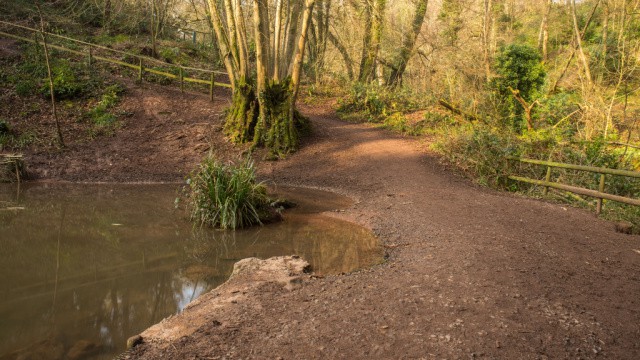 It may come as no surprise that, at almost 200 years old, Clifton Suspension Bridge has many facts, figures, stories and myths attached to it, the most popular of which are listed below. 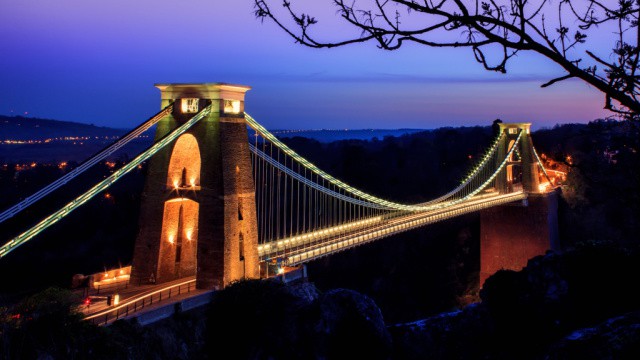 While there are many famous stories connected to Clifton Suspension Bridge, the tale of Sarah Ann Henley is probably the most notable of them all.

Sarah was 22 years of age and was working as a barmaid at the nearby Rising Sun pub. She was engaged to a man who had recently notified her of his intention to end their relationship and, seeing no other way of dealing with her grief, jumped from the bridge in an attempt to take her own life.

Sarah was wearing a skirt which was typical of that era – either constructed from stiff fabric or with steel hoops inserted to maintain its shape. Witnesses said that her skirt billowed and created a “parachute” effect, directing her away from the water and towards the muddy banks of the River Avon which broke her fall.

After recovering from the incident, Sarah went on to get married (to a different man) and lived until she was 85 years old! 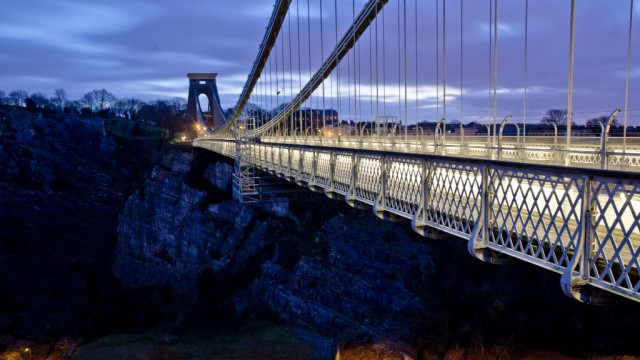 Directions To The Bowl Inn From Clifton Suspension Bridge

With a history dating back to the 12th century, The Bowl is a newly refurbished traditional pub and inn tucked away in the picturesque village of Almondsbury, near Bristol.

To reach The Bowl Inn from Clifton Suspension Bridge, you must head south-west on B3129 and take a slight right onto Abbots Leigh Road (A369) and continue for approximately 4 miles.

At Gordano Interchange, take the 4th exit onto the M5 slip road to The Midlands/Bristol/London/S.Wales, merge onto M5 and continue for 5 miles. At junction 16, take the A38 exit to Thornbury/Filton and then, at Almondsbury Roundabout, take the 1st exit onto Gloucester Road (A38). 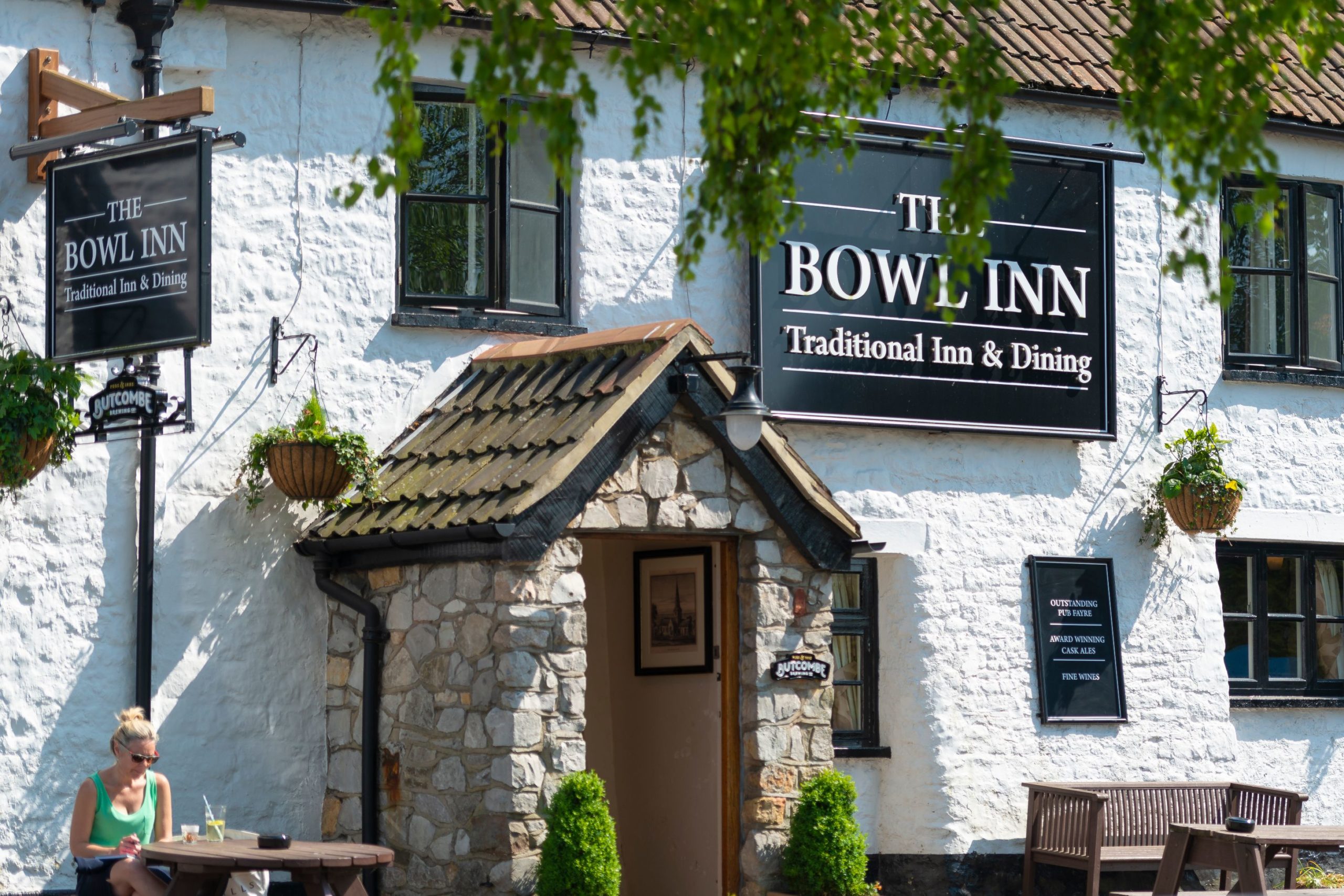